Cinnamon buns are my favorite baked good. Shockingly, since they don’t have any chocolate in them!
There’s just something about a warm cinnamon bun fresh out of the oven with that creamy cold cream cheese icing on top (say that three times fast!). What would make them even better would be if they were more wholesome than your average cinnamon bun and were super quick to prepare. Of course I had to make that happen and I’m excited to share it with you! 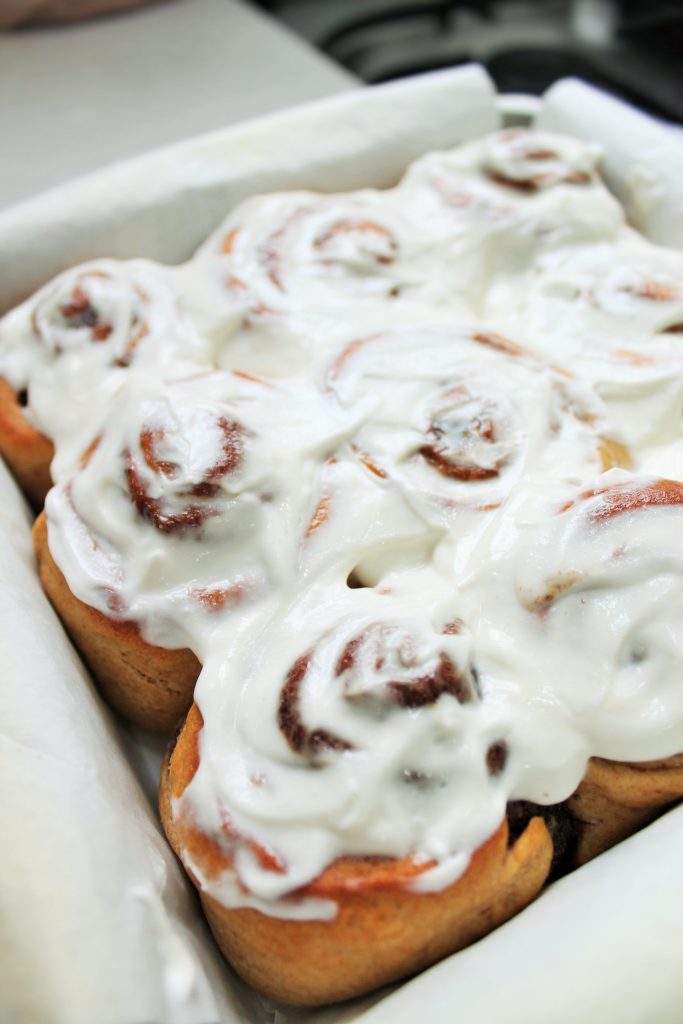 The dough for these are adapted from my 30 Minute Honey Whole Wheat Rolls. Those are always a hit and I knew a similar dough would work out perfectly for cinnamon buns.

I hope you give this a try and thank me later when your neighbors come running over because the smell coming from your house is too good to resist. You don’t have to tell them how easy it was to make, it can be our little secret. 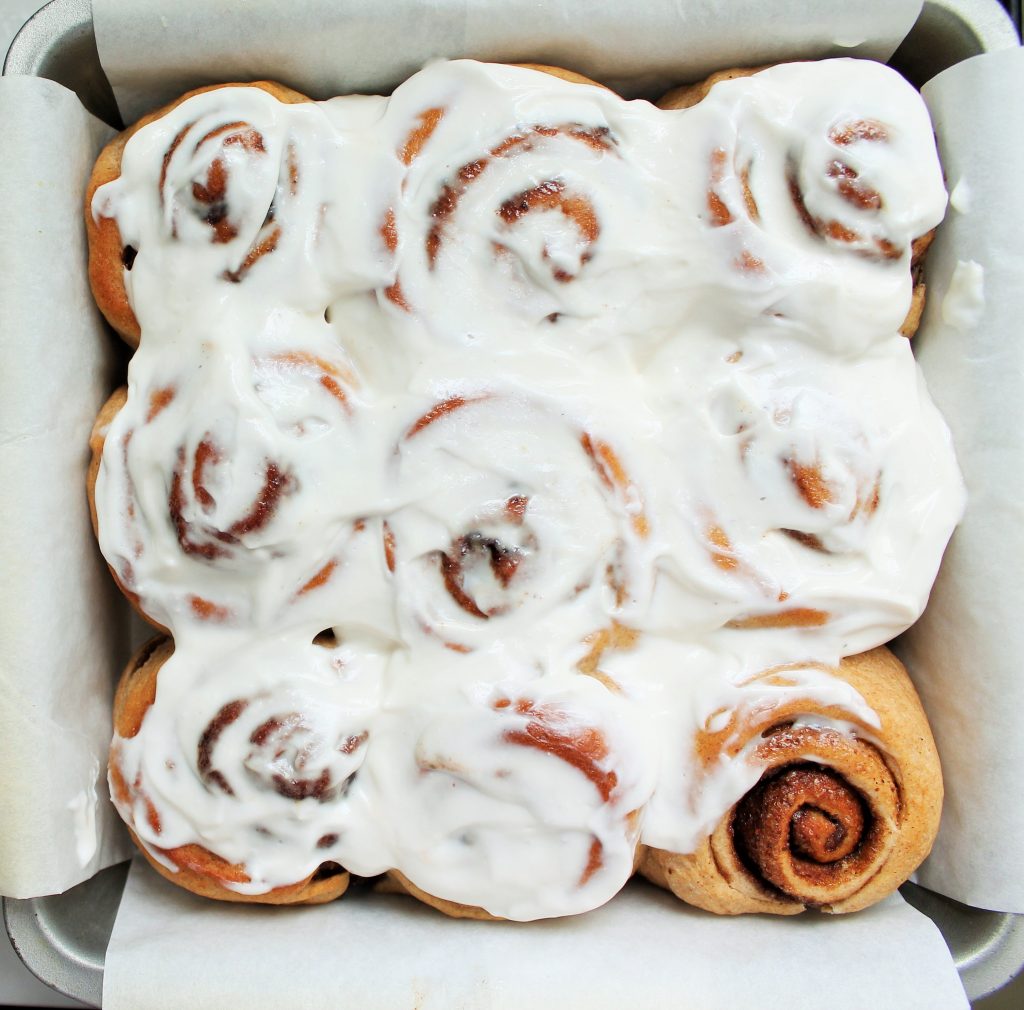 If you try any of my recipes please be sure to tag me @nowaythatshealthy and/or comment below! I’d love to hear from you!

5.0 from 1 reviews
Save Print
Quick Healthier Cinnamon Buns (Ready in 45 minutes!)
Author: Rena Tuchinsky @nowaythathealthy
Recipe type: Dessert, Dairy
Serves: 18 cinnamon buns
Cinnamon buns. Made in under an hour. And their healthier. Say no more! Run and make these now!
Ingredients
For the Dough
For the Filling
For the Cream Cheese Icing
Instructions
Notes
These are, of course, best fresh out of the oven. If you want to make them in advance that should be fine, but I recommend you do not ice until serving. Simply warm up then spread on icing.
You may need to make more filling if you choose to add a lot.
3.5.3240 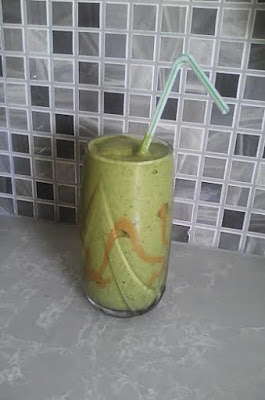 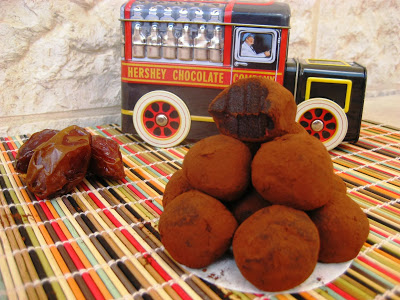 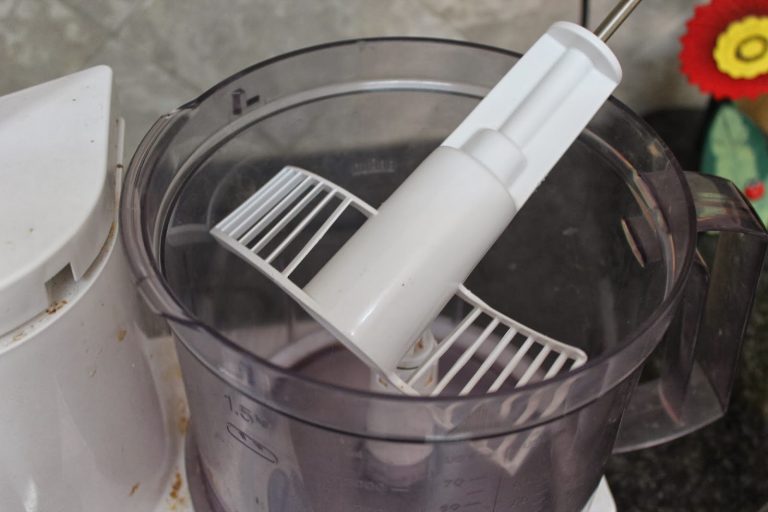 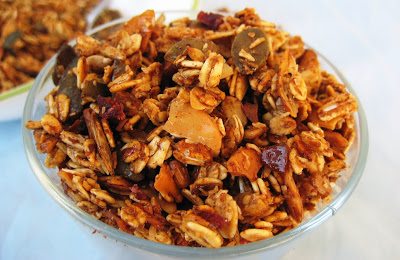 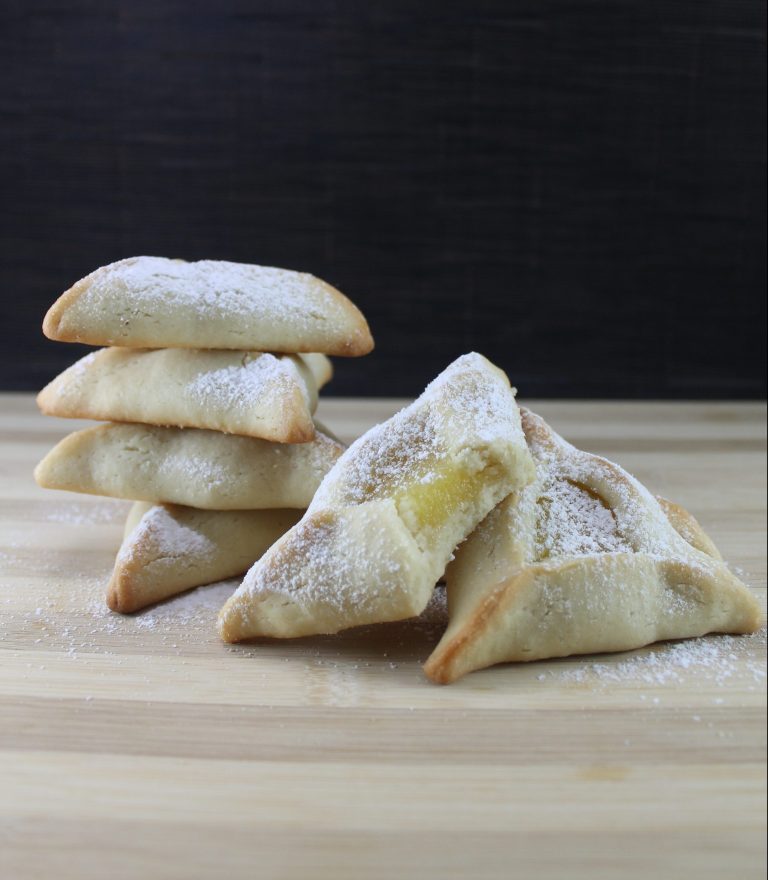 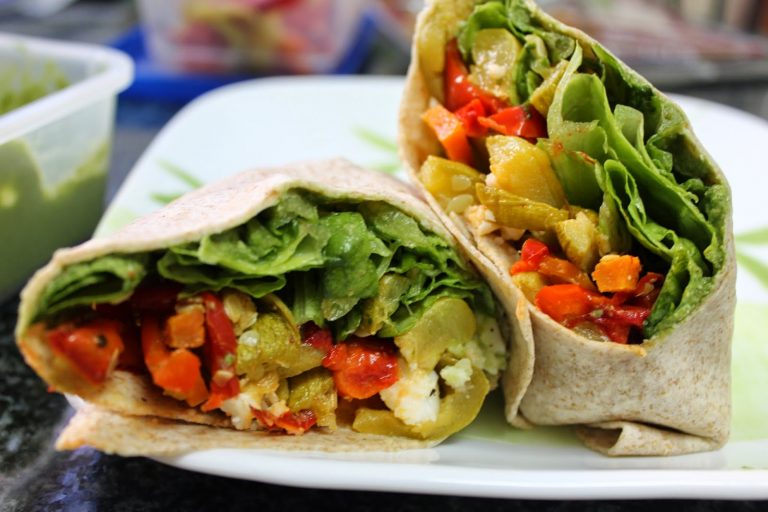